When running your first Vapor deployment, Vapor creates a laravel-vapor-role role within your AWS account that grants permission to your applications to access certain AWS services such as AWS CloudWatch for logs or AWS SQS for queues.

In the past few weeks, some customers have requested the possibility of being able to manage this role directly in the AWS console. This would allow customers to modify this role as needed if their application needs to access additional AWS services.

So, starting today, you can now disable Vapor updates on the laravel-vapor-role role and manage this role yourself in AWS Console. 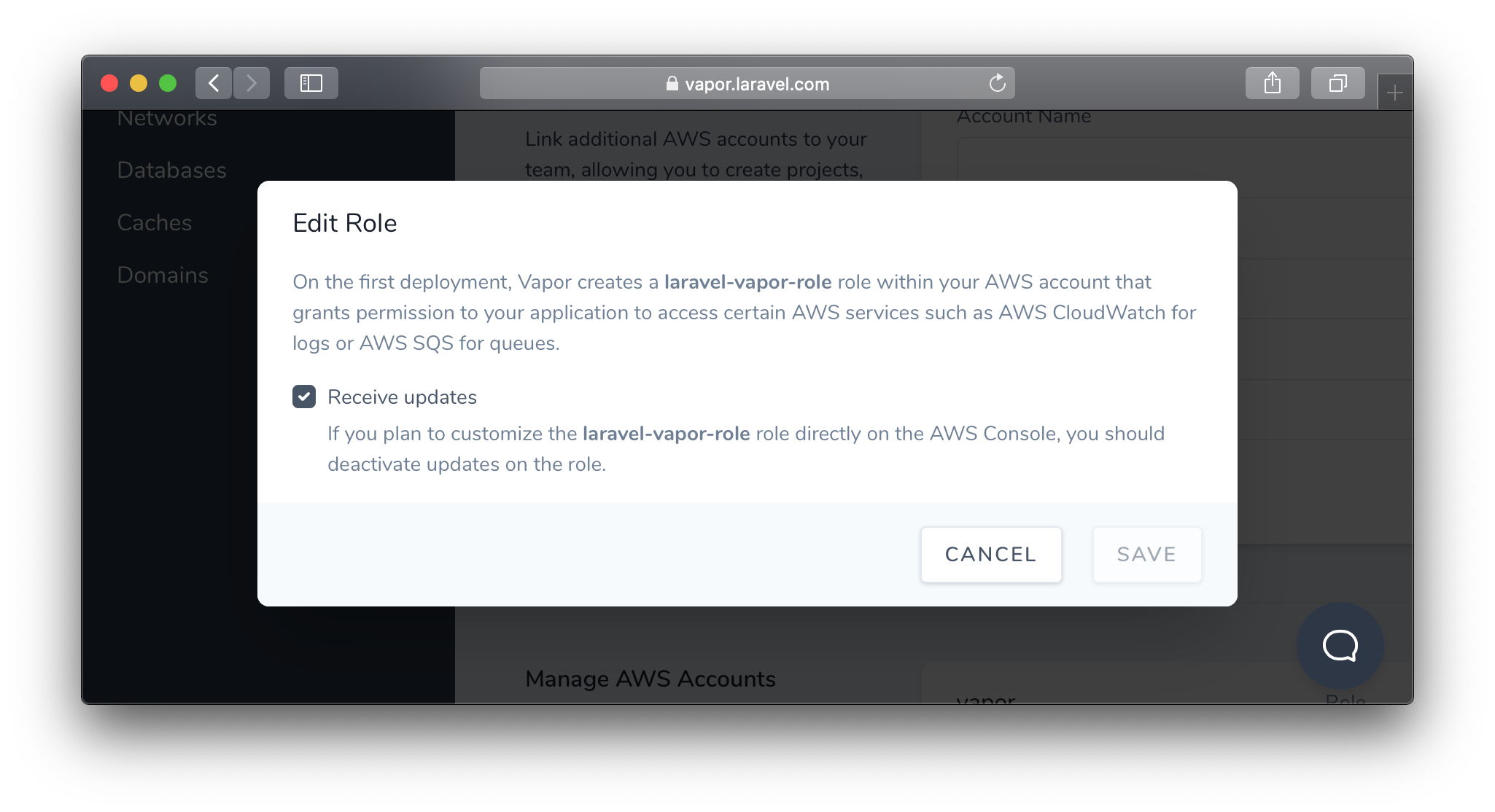 To disable updates on the laravel-vapor-role role, just head over to "Team Settings" > "AWS Accounts" > and click on "Role" on the list of AWS accounts.

Please keep in mind, once you disable "Receive updates" on the laravel-vapor-role role, it's up to you to manage the role. Therefore, you should keep an eye on our blog as we may announce updates that you need to make to the role.

We hope you enjoy this new feature!