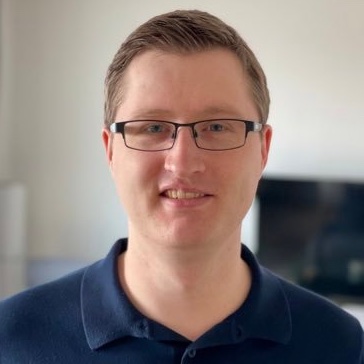 On Thursday, September 30th there will be a small change in how older browsers and devices will treat Let's Encrypt's certificates. While most sites will be unaffected, it will likely impact you if you're providing an API or support IoT devices.

In short, Let's Encrypt's cross-signed DST Root CA X3 certificate is about to expire. This certificate has been around since their launch back in October 2015, with almost every device (and browser) being able to rely on it.

Fortunately, Let's Encrypt has been hard at work ever since their launch, and have created their own root certificate called "ISRG Root X1". By working together with all major browsers and operating system developers, this certificate has since been included in pretty much all modern devices.

On May 4th, Let's Encrypt already deployed the necessary changes, and have been serving a combination that includes both this new ISRG Root X1 certificate, as well as the expiring DST Root CA X3 certificate. This way, modern browsers that are aware and trust this new ISRG Root X1 certificate will use this, while older browsers that don't know / don't trust this certificate (due to not receiving software updates that includes it) can still use the DST Root CA X3 until it expires on September 30th.

(Part of) The Problem

Once thisDST Root CA X3 does expire on September 30th, a wide range of older devices that haven't been receiving software updates to include the new ISRG Root X1 certificate, will suddenly be unable to make requests to Let's Encrypt secured websites & API's.

While there is a limited workaround for Android (see below), our recommendation is to do either of the following things if you absolutely need to support devices running old operating systems such as the iPhone 4 or Ubuntu 14.02:

With that said, the by-far best solution to this problem is to instead take the opportunity to drop support for these devices altogether. While this might seem like a harsh choice, the fact that these devices haven't received the ISRG Root X1 certificate as part of their updates almost certainly also indicates that they haven't been receiving other important security updates either.

This means that the continued use of such devices isn't just a potential risk to the end-user that visits your website(s) and uses your platform(s), but it could also negatively impact your website/platform/company's reputation in the event that their device being hacked leads to their credentials being used maliciously to (for example) extract private data from your platform or to perform actions such as the permanent deletion of data.

A workaround for Android

Due to a design decision in Android (>= 2.3.6 && <= 7.1.1), certificates that are considered to be so-called 'trust anchors' remain valid even after they are considered expired.

This means that if Let's Encrypt keeps using the expired DST Root CA X3 certificate after September 30th, those versions of Android will remain able to visit Let's Encrypt secured websites until early 2024, and that's exactly what they've decided to do by default.

.. yet another problem (for IoT devices)

While the decision to support legacy Android devices by including the expired certificate is a great one, its continued inclusion unfortunately causes another problem:

This might cause problems for a lot of IoT devices, as these devices more often than not do not receive software updates and likely still rely on these libraries.

To solve this issue, today's release of Laravel Forge gives you the ability to make a choice, and explicitly allows you to Prefer the "ISRG Root X1 Chain".

By selecting this option, Forge will instruct Let's Encrypt to only create a certificate for the ISRG Root X1 certificate, and to not include the DST Root CA X3 certificate. This has a couple of effects:

While all of the above might seem like pros rather than cons, do keep in mind that there is still a large volume of Android users (roughly 30%) that are using devices without a way to upgrade to a compatible version. As such, at least for now, both we as well as Let's Encrypt themselves are recommending against using this option for most people.

At Larasoft.io Ltd, We offer web design company London at an unbeatable cost. Our main motive only is customer satisfaction.